Responses are usually within 10 minutes **

Day 10: Road trip back to Kampala

Arrive Africa Safaris Guide will be your first personal contact with Uganda’s warm-hearted and welcoming attitude you will enjoy all through your 10-day tour. Be driven through the Entebbe town as you view the shores of Lake Victoria as you pass by beaches. You will stop at Ziwa Rhino Sanctuary for Rhino Trekking, this Sanctuary is the only conservation area in Uganda where rhinos are in the wild and can be tracked, are safe from poachers. Continue to Murchison Falls National Game Park where you will go on a hike to the top of the falls where you can view the beautiful Mighty River Nile meet Victoria Nile and join to flow down towards the Mediterranean Sea.

Awake for an early morning game drive into the park and watch the park come to life with the waking of animal herds and birds singing in the trees above. Drive guided through different trails that will lead you to see lions, elephants, buffalos, hyenas, among other animals as they wake up to start a new day, with some grazing while other herds will be moving to parts of the Nile’s shores to quench early morning thirst or cool off the hot night. Enjoy a boat ride on the Great River Nile and take photos of animals like hippos, elephants, waterbucks, crocodiles as they drink and bathe at the shore. Take a hike to the top of the falls to see the beautiful rainbow from atop and see the Great Nile River flow away from you. White water rafting can be done while at the Nile upon prior request.

Have breakfast then go start the drive to Kibale forest National Park. It harbors the highest density of primates you may encounter during a primate walk. Kibale forest National park is a tropical rain forest found south of Fort Portal in which there is the highest density of primate species so this allows for the hike into the forest to be the most rewarding activity of the time spent here. This is the place to a number of forest wildlife, most especially 13 species of primate coupled with chimpanzees. 351 tree species have been registered in the park. additionally, Kibale is home to the uncommon I’Hoest’s monkey as well as East Africa’s biggest population of the endangered red colobus monkey. The black & white colobus, red-tailed monkey, blue monkey, olive baboon, grey-cheeked mangabey, bush baby and potto are among the other primates. Other mammals are also present, though they are hardly seen like buffalo, leopard, bush pig elephant, and duiker. A neat viewer could also see amphibians and reptiles and a colorful variety of butterflies. The park is home to 325 varieties of bird species, including 6 that are native to the Albertine Rift destination that is dusky crimson wing, black-capped apalis, blue-headed sunbird, collared apalis, red-faced woodland warbler, and purple-breasted sunbird. Other Kibale specials are the green breasted pitta, African pitta, black bee-eater, Abyssinian ground thrush, yellow spotted nicator, little greenbul, yellow-rumped tinker bird, blue-breasted kingfisher, along with the crowned eagle. Arrive at your hotel and relax for the next day. When you reach your hotel, rest for the day ahead.

Wake up early for the fast drive to the park headquarters where there is a briefing to attend and guide assignment for the chimpanzee trekking can begin. Walk through the densely populated forest trails that will take you through the forest to see the chimpanzees live a normal day in their natural habitat. Have lunch then continue to drive to Queen Elizabeth national park.

Go out for an early morning game drive to see the wild early risers start the day. The drive will be along a 200 kilometers of well maintained game viewing tracks. Return to the lodge for a late breakfast and go for a Kasenyi plains game drive which will show you over 200 lions, elephants, kobs, waterbucks, leopards. Green land birds like grey-crown cranes, red throat spur flow, yellow throated long crow.

Boat ride on Kazinga Channel which will see animals like hippos, crocodiles, elephants on the shores or in the shallow waters of the Kazinga Channel then watch birds sit on the waters as your boat floats by.

Start the drive to Bwindi impenetrable national Game Park. Before you go to your accommodation place, stop at the Albertine part of the rift valley to take photos and enjoy the geographical feature which is the western arm of the East African Rift Valley.

Bwindi forest is famous for mountain gorillas and it has the largest population of mountain gorillas in the world. There are 340 gorillas at the park. Early morning, be driven to park headquarters where briefing will be done and a guide will start the tracking experience. Be guided down trails in the densely populated forest to where a gorilla family that is to be tracked will be followed. This experience lasts between 1-6 hours, sometimes more. View the beautiful gorillas play with each other, hunt for fruits and insects on the ground, sitting communally as the day goes by, mothers breastfeed their young, how they move, leadership skills of the silverback. Remember to try to be silent while you view them, no flash photography at or near them, no mimicking their noises nor should you feed them. Stay at least 6 meters from the gorillas

Drive to Lake Bunyonyi for a unique water game ride where you will enjoy a leisurely canoe ride which will educate you on the 29 islands existing on the lake. Swim in the lake however it is strongly recommended that lake Bunyonyi being the deepest lake in Uganda and second deepest in Africa, all swimmers must be good and experienced swimmers. Bird watch while on the canoe ride without interruption from animals since hippos don’t exist here. There are more than 200 bird species you can see at the lake as you go on a boat ride to Nyombi swamp

Take part in a nature walk that can be organized on any of the islands. Visit the Batwa pygmies community to learn about their way of life.

Prepare for your journey to Lake Mburo after an early breakfast. Take a road trip to Lake Mburo national park which though small in size, has zebras and impala, which are only found here. The drive will show you green vegetation all along the way which is a relief from traffic jam and loud noises in the capital city.

During your afternoon game drive, you can see giraffes, leopards, impalas, topis, elands.

Relax on your boat ride on Lake Mburo where you will see hippos and crocodiles by the lake shore. Get to see Hammerkops with their enormous nests, kingfishers as some of the birds you will see during the boat voyage. 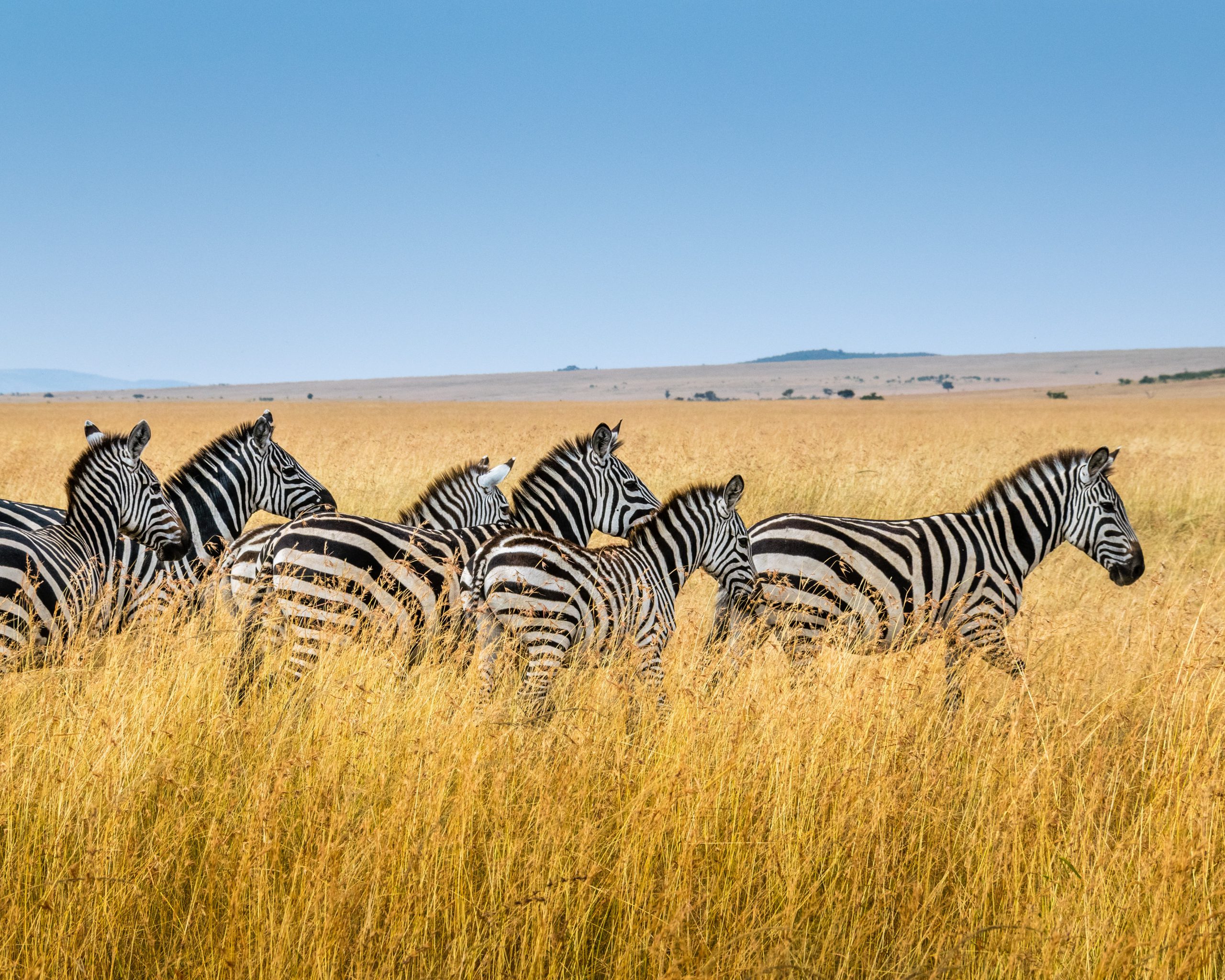 Day 10: Road trip back to Kampala

Hike around the lake early morning to see wild game at the lake shores drink water. Then after your meal, set off for the drive back to Kampala but along the way you can stop at the Equator for souvenir shopping and photo taking. Be dropped off in Kampala.

This tour by Arrive Africa Safaris will take you on a wild exotic adventure to the African wild jungle in Uganda’s national parks; Murchison Falls, Kibale forest, Bwindi impenetrable, lake Bunyonyi, Lake Mburo. Take part in activities like rhino trekking, gorilla and chimpanzee trekking, boat rides, canoeing that will bring you closer to nature and will refresh you.

Paraa Safari Lodge
Established in 1954, Paraa Safari Lodge is in Murchison Falls National Park. The lodge is located in the north west of Uganda over looking one of nature's best kept secrets, the River Nile, on its journey from its source at Lake Victoria to join Lake Albert – here it is suddenly channeled into a gorge only six meters wide, and cascades 43 meters below.
Kyaninga Lodge
Set against the stunning backdrop of Lake Kyaninga and the Rwenzori Mountains beyond, Kyaninga Lodge is the spectacular result of one man’s vision and six years of unwavering commitment to creating an experience of Africa’s beauty unlike anything else.
Mweya Safari Lodge
Mweya Safari Lodge offers visitors an unforgettable experience. Located on a peninsula within the heart of the Queen Elizabeth National Park, Mweya Safari Lodge is surrounded by the magical Rwenzori Mountains aptly described as the 'Mountains of the Moon'.
Bwindi Safari Lodge
Arcadia Cottages
Arcadia lodges currently has 2 locations Arcadia Lake Bunyonyi which is in Kabale over seeing the many different islands on Lake Bunyonyi and Arcadia Lake Mburo which is inside Mburo national park. Arcadia lodges were opened in 2004 and are a family run business.
Mihingo Lodge
Mihingo is a luxurious, family owned lodge in a magical setting adjacent to Lake Mburo National Park. Perched high on a rocky kopje, whose pre-Cambrian granite boulders were formed over 500 million years ago, it has spectacular views over a vast savannah landscape. Designed to blend in with its fragile surroundings, this environmentally friendly lodge offers comfort, relaxation and the experience of being at one with nature.